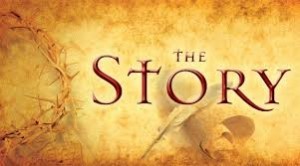 Here’s another winning entry from our Magical Person writing Competition. Fiona aged 9 from Vermont in the USA was inspired by her own garden to write a story about Lily the Flower Fairy.
And Fiona has also sent us a lovely picture to go with her story.

Lily the Flower Fairy and Her Search for a Friend –

Hello, This is Natasha, and I’m here with another winning entry from our magical person competition. It’s called ‘Lily the Flower Fairy and Her Search for a Friend.’

Once there was a little flower fairy Named Lily. And of course like all flower fairies do, Lily took care of her flowers. Lily’s only problem was that she had no friends. Nobody to keep her company. That made Lily really sad. She was kind of sad all the time. But she was very diligent. She made sure her flowers were in perfect shape. She did not want her poor lilies to die just because she was sad. Every night she wrote in her diary. There was nothing happy that she wrote in her diary – just sad things, and how to take care of her flowers.

One day she said to herself: “I really need some friends. I need to go meet some other flower fairies like me.” So that’s what she did. She took a little satchel full of berries because she did not know how long the trip would take. She put on her hat and her best dress because she wanted to look nice so she would impress the other fairies so they might want to be friends with her.

She flew, ran, jumped and swung on vines through the garden. When she got tired of one way of travelling, she did the next. For instance, Lily ran for a while until she had to jump over a pile of sticks. Then she swung on the pea vines, until she came to the frog pond that she had to fly over. While flying, she bumped into an acorn house like her own; except the house looked abandoned. There were cobwebs in the windows, the gardens were dead and overgrown, and the roof was caving in.

Just then, she noticed a little baby flower fairy sitting on the doorstep of the run down acorn cottage. She was all alone! “She’s just like me. She’s all alone in the world.” Lily thought to herself: “Oh you poor thing! I better take you back to my house and give you some food.” Suddenly she heard the ground shake! “What’s happening?” she cried. Then she noticed it was just a human girl picking flowers in the garden. Right then the girl noticed the acorn. “Look at this pretty little acorn.” she said. Suddenly, she picked up the acorn. “Oh no!” thought Lily. “The baby flower fairy!” She just had enough time to fly up and scoop the baby off the step without being seen! When the baby was safely in her arms, she flew her back to her house.
Lily lived in an acorn house similar to the one that she had found the baby in. Except Lily’s house was cute and tidy. There were lily petal curtains in each window, a garden filled with white and pink lilies and vegetables of every kind. A bouquet of lilies stuck out at the top of the acorn roof. There were some wild berry bushes growing right by the side of her house. Each morning Lily would go outside to pick berries and fresh vegetables for her breakfast.

Lily flew in with the baby and put her down on a hummingbird feather bed. After the long trip, the baby fell fast asleep. While she was sleeping, Lily went outside to pick vegetables and berries to feed her new friend. She came in and put her gatherings on the little bark table. Next she got some wooden bowls out from the birch bark cupboard and filled the bowls with a wonderful salad of vegetables and berries. Just then she thought: “What should I name this baby? I can tell that no one is here to take care of her.” Then she took a closer look at the baby to see what kind of flower fairy she was. “Oh my!” cried Lily. “She’s my kind of fairy! She’s a Lily fairy. I will call her Little Lily!”

When the baby woke up, Lily gave her the salad. She ate it very hungrily. Lily took care of little Lily for the rest of her days. Finally, she could write happy things in her diary. She wrote things about her new little friend and their happy life together. They lived happily ever after in the little acorn house with the beautiful garden of lilies all around.

And that was Fiona’s story, Lily the Flower Fairy and Her Search for a Friend.
Fiona writes to us :

My name is Fiona and I am a 9 years old homeschooler that loves stories about magical people. I live in Vermont and love to play outside, climb trees, play soccer, run, ski, and work in my flower garden. Sometimes I even play Irish and traditional American fiddle music for the fairies in my garden. I also like to sew doll clothes while I listen to storynory.

It’s really fun to write stories! I saw how good Nisha Abby’s story in the first competition, was and I was inspired to write one of my own